It was hard to start writing about what happened. It was even harder reading it to my family. Lauren, my old therapist at the Children’s Advocacy Center, called it a “trauma narrative.” She says it’s a way for me to make sense of what happened to me and to make it less painful. It’s been a few years. It did seem like it helped. I cleaned up some of the parts you don’t want to read. And frankly I don’t know you well enough to share those details anyway.

I’ll be honest. I wasn’t going to tell anyone. I was going to bury it deep inside me and keep it a secret until I was buried. It all started—”it,” being my disclosure—when my parents got back from parent-teacher conferences. They were really mad. They found out that I wasn’t doing so well in school. Now they wanted an explanation. I felt them staring at me. I remember staring down at the table, hoping somehow to fast-forward through having to tell them.

I wanted them to understand, but I definitely didn’t want to tell them about it. They sensed something wasn’t right, I think. My mom was always asking me whether everything was okay. I always told her that everything was “fine.”

I have such a clear memory of sitting at the table with them that night. I had no idea what I was going to say. I remember suddenly blurting out that I didn’t want to play soccer anymore. I had played youth soccer every year since I was 5. I wasn’t the best player on the team, but I was pretty good. You had to try out to be on the team.

I remember my parents looked really confused when I finally looked up. It hit me that I could have just said that I promised to study harder and that probably would have been the end of the conversation. Now we were talking about soccer.

“But you love soccer,” my dad said. “I thought you loved soccer.”

“Soccer is okay. I don’t like playing for Coach B. anymore.”

“What? I thought you liked Coach B.,” my mom said.

They knew that coach let me hang around after practice was over and help me work on some stuff. At first it was really great. Coach B. played soccer when he was in college. He was really good at soccer. I learned a lot. We practiced ball control and passing. It was a lot of fun. We talked about everything while we kicked the ball around—WWE wrestling, cars, school, girls. And that is where my “trauma narrative” officially starts.

One of the other things Coach B. and I talked about was horror movies. My parents didn’t let me watch them. All of my friends’ parents let them. Coach was on my side. He said, “You’re 13 years-old for gods sake!”

My parents knew about these one-on-one after-practice practice sessions. What they didn’t know is that I would sometimes run errands with coach and sometimes go to his house.

One time coach let me help him change his car’s oil. Coach said real men know how to change the oil. I told him that my dad always had his oil changed at one of those quick lube places. I felt embarrassed for my dad. Coach let me have a beer while we were working on his car on the condition that I promised not to tell anyone, even friends on the team or at school. He said he could get into big trouble. I thought it was cool that he trusted me like that.

A week later coach said he had a surprise for me, his all-time favorite scary movie. He said that he thought I was old enough to watch it. I agreed. So that’s what we did. It was an old movie from the 1980s about this guy who escaped from a hospital and terrorized a neighborhood. It was terrifying.

We started watching other movies, ones my parents definitely would never let me watch. I’d seen things like that before. My friend, Will, showed me a stash of magazines his dad hid in his closet. The movies were way more intense though.

I’m not even sure how it happened. I mean, I know how it happened, but it kind of surprised me when it did. I kind of knew I didn’t want to do it, but I went along with it. It happened really fast. This is the part I was talking about earlier, the part I’m not going to get into here. This is the part that my therapist went over and over. When I first started talking about it and writing it down, I felt really ashamed. How could I let that happen? It felt like I was going to die. I know people say that sometimes but don’t really mean it. I mean it, I felt like somehow it was too much. Lauren, my therapist, was right though, it did get easier.

Like I said, I ended up telling my parents the whole story. But not at first. When I was sitting at the kitchen table with them, that night after parent-teacher conferences, I told them that coach had given me a beer, that he showed me a dirty movie, and that he had tried some creepy stuff with me. I told them then that I didn’t let him. I felt like I could let them find out.

They called the police that night. I ended up going to the Children’s Advocacy Center (CAC) a couple days later. I met with Alex, a forensic interviewer. He asked me about what I had already told my parents. I ended up telling Alex almost everything that happened. I wasn’t going to. It just kind of came out. I felt embarrassed. Mostly, though, I felt weak. I was 13 years-old for gods sake. I thought maybe Alex would say something like that or give me a look, like, “Dude, why didn’t you punch him in the face?” But he didn’t. He was actually really cool. He wasn’t fazed by anything I said.

Later that day I met with a doctor for a medical exam. It was kind of awkward, but she was really nice and made it as easy as something like that could be. I had a chance to ask every question I had. She reassured me that I would be okay physically. No permanent damage.

I went to the CAC a lot after that. I started seeing Lauren. She’s awesome. I remember I was pretty quiet at first. I was making little drawings on a piece of paper as we were talking—she said it was okay. She asked me if I liked comic books. I told her I had read some graphic novels that were kind of like comic books, and that I thought they were pretty cool. She suggested that I draw about a character who maybe went through something like I did. That was a good way for me to talk with her about what happened without having to talk with her about what happened.

Lauren later asked me what I would do if I were the commissioner of the youth soccer league to protect other kids from what happened to me. I’d never thought about that, that other kids might go through that. So I thought about it. I came up with a good list. I had a rule that coaches could not be alone with any of the players on their team ever. Lauren thought it was a good list too. I ended up sending it to the guy who runs the league. I thought maybe they could use some of my ideas.

As the pretrial hearing was coming up, Sara, a crisis counselor who works at the CAC, and Jake, the prosecutor on my case, met with me in the courtroom to help me feel comfortable there. I tried to act cool, like it wasn’t a big deal, but I was really nervous. Scared, I mean. I was really scared.

I got through my testimony. Alex and the doctor from the CAC testified too. Coach B. ended up getting convicted. That was a big relief. It was good to be done with that.

Oh, one more thing—last year I started on my high school’s soccer team. I wasn’t the best kid on the team, but I was pretty good. 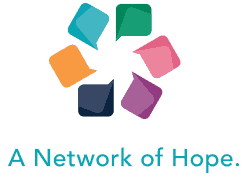